The Importance of Implementing DMARC Records For Your Domain

DMARC record – an email authentication standard you need to adopt as early as possible.

DMARC stands for Domain-based Messaging Authentication Reporting Conformance. It was invented to complement previously existing two email authentication protocols – SPF and DKIM. A DMARC record overcomes the demerits of SPF & DMARC in the sense that it comes with the additional function of reporting; it collects the details of the probable phishers who have been using the domain without authorization and reports it to the owner. This is why it is crucial to implement DMARC today, especially for your business’s domain. 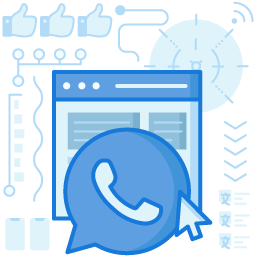 What Is A DMARC Record?

A DMARC record is the very core of the DMARC email verification protocol, it defines all the rules of implementing DMARC. The domain owner is notified whether their domain has been set up for the DMARC, a DMARC record can be implemented through a DNS “TXT” record. Once the DMARC DNS record TXT is implemented on the domain, it tracks both sent and received emails while treating the DMARC policy set by the domain owner as the primary yardstick for filtering emails and classifying them as valid and spam emails.

When the DMARC record is published over the domain,

Once the DMARC record is published on your domain, the recipient email servers like that of Gmail’s or Office 365’s will identify the email DMARC record policy and select one of the three actions mentioned above to be performed accordingly.

The DMARC record consists of a hostname or a domain with a combination of tag and value pairs. These pairs guide the email recipient and inform them about the DMARC record policy set by the domain owner. The basic tags mentioned with the hostname are:

DMARC is essential when it comes to protecting your domain from spoofing attempts and maintaining your domain’s reputation. If you’re clueless on how to set up DMARC for your domain, you can easily generate set it up using an online tool, which will not only set it up for you but also help you monitor it for your domain, allowing you to leave your email security matters into the hands of experts, while you get to focus on more other pressing matters for your business!