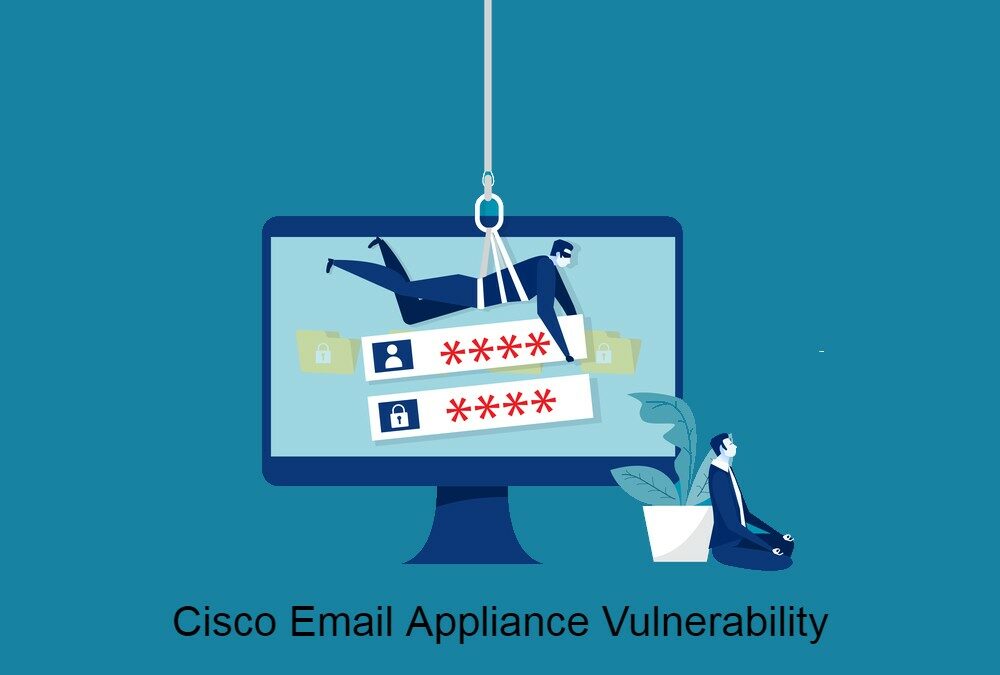 The Cisco high-profile vulnerability, the CVE-2022-20798, could allow cybercriminals to cut the affected device from management interfaces, rendering them unreachable and causing a DoS (Denial of Service). Let us look at the Cisco vulnerability that has caused a serious commotion.

The Cisco vulnerability was discovered in the DANE (DNS-based Authentication of Named Entities), an email verification component. The component is part of Cisco’s Async OS, used by the Cisco ESA (Email Security Appliance), allowing remote attackers to bypass authentication for a DoS attack.

With the help of crafted emails to exploit the DNS error handling, the vulnerability allowed threat actors to process chained email messages for continued intervals to put the device in an unavailable state of persistent DoS. You can read in detail about the CVE-2022-20798 vulnerability here.

How Does this Cisco Vulnerability Affect You?

The Cisco CVE-2022-20798 vulnerability was identified in a particular case of TAC (Technical Assistance Center). The vulnerability affects the ESA, Secure Mail, and Web Manager running the Cisco Async OS on version 11 and its predecessors.

However, the vulnerability only affects versions 12 and its successors up to 14.x if:

How to Protect Against this Cisco Vulnerability?

The above two conditions are necessary for this vulnerability to be exploited in newer versions. However, Cisco’s vulnerability will only impact customized configurations as the external authentication feature is disabled by default.

If you wish to check if the feature is turned on, you can follow these steps:

Yes, Cisco released a security patch. Cisco released the new records on June 15, 2022. Although Cisco mentioned a quick workaround to address the vulnerability by disabling anonymous binds that could take care of the issue, Cisco has also made free software updates that address said vulnerability.

There is not much on the user’s end who has to install the software update.

Users who employ Async OS’s version 11 and previous ones have reached the end of software maintenance and will need to migrate to a supported release that includes an updated fix for the vulnerability.

The year has not been kind to Cisco as it had to release patches in February 2022 for several max security flaws and critical buds in SMB routers. Cisco’s patches addressed multiple SMB RV Series router platform vulnerabilities, which allowed remote hackers to gain absolute control over user devices. These patches fixed 15 vulnerabilities, out of which five were rated critical as they granted admin privileges to threat actors.

There have been many critical vulnerabilities in Cisco’s Email Security Appliance and Secure mail as well. Some of these are:

The above vulnerabilities have long since been patched.

Today, any organization, business, or service provider must emphasize cybersecurity. Even with the best security, there are still chances of inevitable vulnerabilities or bugs arising, evident by Cisco’s recent email appliance vulnerability.

But the rapid response and release of patches have made it clear that Cisco prioritizes its security and values its customers.

Cisco’s CVE-2022-20798 vulnerability has made it to headlines across cybersecurity forums. However, there is no need to panic as the vulnerability was discovered and corrected promptly before any major repercussions or incidents occurred. You can rest assured that the software patches by Cisco have handled the vulnerability.