How Artificial Intelligence Approaches Are Changing The Email Security Landscape 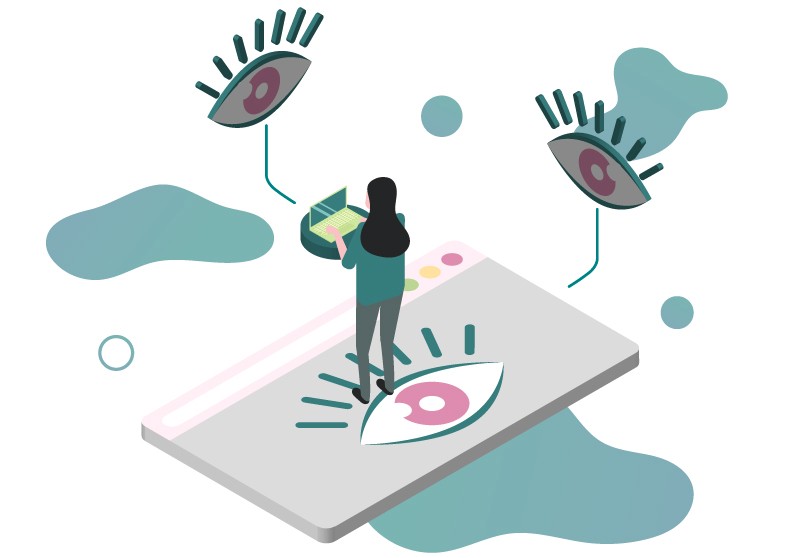 With the advancements in technology, the sophistication of malicious actors has also improved by leaps and bounds. Organizations must counter such a circumstance by creating firewalls to maintain robust email security. These attacks are becoming more rampant and frequent. It is here that Artificial Intelligence has a significant role to play. With both Artificial Intelligence (AI) and Machine Learning (ML) becoming more intelligent by the day, it is time that they are leveraged to their full potential against such attacks. 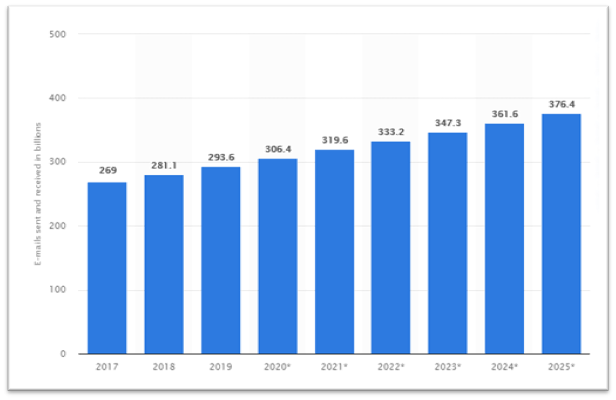 The above Statista graph clearly illustrates the emergence of email as the most preferred mode of formal communication. Further, it shows 306.4 billion emails were sent and received every day in 2020. Based on the current growth rate, it is estimated that by 2025, it would be 376.4 billion emails a day. Given this increasing trend, it is only apposite that businesses start adopting more innovative ways to counter threat actors.

Artificial Intelligence being used to sanitize emails is not a distant truth anymore. Some organizations are using AI to read emails and look for phishing activities. Email security and anti-phishing services deploy AI and Machine Learning in tandem to counter the menace in the following ways.

Remembering The Past Trends

Malicious actors’ methods are evolving to go past the security systems employed by organizations. However, there are times they use old techniques and formats to enter systems surreptitiously. AI is being used to identify such designs and use protective exercises to counter attacks. It is also the time where Big Data comes in handy. AI-powered Big Data tools go through tons of data to pinpoint the enemy.

One of the critical points of Machine Learning is training the machine to act independently to identify threats. It is done through the employment of Artificial Intelligence. AI-enabled Machine Learning tools can sift through heaps of emails to identify those responsible for the disruption. They are then picked up and moved away.

AI remembers the kind of emails sent to unsuspecting mailboxes. Once it comes across similar emails, they are diverted to the trash folder for later deletion. This method is a leap from the earlier ways of traditional rules and signatures. However, it is still reactive by nature and not pre-emptive. The device should be able to identify an incoming threat and neutralize it immediately.

The Rise Of Fear

With Covid-19 raging worldwide, adversaries took advantage of it by purchasing 130,000 domains related to the pandemic. The attackers used these domains to send emails to unsuspecting individuals canvassing for donations, financial details, and vaccine registration. There were spurious links that led victims to pages that recorded their financial information. This information would later be used for impersonation and siphoning off money from accounts. With the increasing usage of Artificial Intelligence, there has been some relief against such emails.

With cybercrime on the rise, the traditional tools themselves have undergone radical improvements. AI-enabled ransomware protection software provides organizations with a sense of relief. Ransomware is among the most used malware to disrupt networks and demand a ransom to restore them. With threat detection improving by the day, there seems to be some lull in the incidents. Most organizations are using new-age tools like AI and ML to scan and identify potential threats. It helps IT, security teams, to prevent damage in the long run.

Most of the traditional tools acted only after the act had occurred. The email would have already reached the inbox of the subscriber and had been waiting to be opened. The system would then notify any links within it to be spurious and advise the user to be careful. The new-age ones go a step further. They implement barriers that will effectively bar these emails from reaching the user. It is done by extrapolating various data points, many of them from the emails received themselves. The AI then analyses the patterns and forms a conclusion.

The study helps the software to understand the kind of emails an individual generally receives, and any deviation will be taken as a malicious attempt. However, the drawback is that spear-phishing attempts are made on specific individuals, and the emails are tailor-made. These bespoke emails do not arouse suspicion since they are direct and do not deviate from the stated objective. There is a greater chance of these emails surviving the security test than others.

Artificial Intelligence does hold the answer to many a malaise, email security being one of them. It is pertinent to know that despite the advancement of the internet and its usage, email remains unchanged to a large extent from when it was first used in October 1971 by Ray Tomlinson. In the past 40 years, its format and the way it is used have remained the same. However, the security around sending and receiving emails has improved with SSL encryption and numerous other additions.

Artificial Intelligence has been added to the fold to increase the awareness capability of the email gateway and security systems to intercept rogue mails. These emails can cause disruption and mayhem. By introducing concepts like threat prediction, pattern identification, and more, AI will change how email security works in the future. And its role will not just be limited to IT Security. Its capabilities will also extend to every action related to emails, such as email archiving, email forwarding, and email hosting.

As attacks from malware become more pronounced, organized, and potent, organizations will need to up the ante when it comes to email security. Emails have become the ideal vector for malicious actors. They use it to facilitate more significant damage to organizations and their critical data assets. The strengths of concepts like Artificial Intelligence will have to be utilized to face the challenge. It also reduces human dependencies as the machine can interpret a situation and respond accordingly. However, the cyber world is at the threshold of a new technological revolution, and it will take some time to perfect it. Till then, being vigilant is imperative.