Misdirected Emails: Risks They Can Pose to an Organization’s Email Security Posture 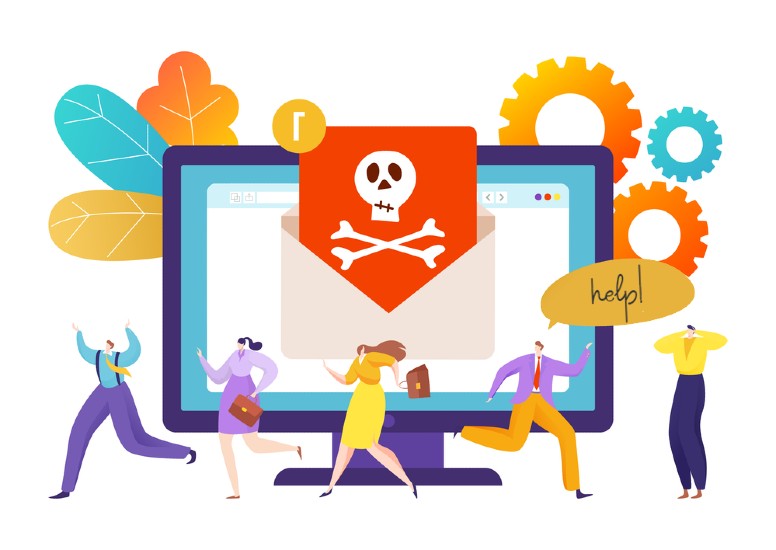 In the simplest of words, a misdirected email is an email sent to the wrong address. The 2020 Outbound Email Security Report published by Egress says that 79% of organizations have listed misdirected emails as one of the topmost email security risks. Although it is a common issue that might seem harmless initially, there are various risks that a misdirected email can pose to the organization. From data breaches to loss of reputation, a simple mistake can go a long way to ruin an organization’s brand value.

How Are Misdirected Emails Harmful?

It is pretty easy to strike off a misdirected email as a potential threat to the organization since it happens to be a prevalent error. In a survey, 58% of workers claimed to have sent an email to the wrong address. Such an error can take place due to various reasons. They include:

Four Major Risks That Misdirected Emails Pose To The Organisation

In the year 2020, nearly 306 billion emails were sent and received worldwide every day. A recent survey carried out by Tessian showed that organizations that have more than 1,000 employees are likely to send nearly 800 misdirected emails annually. Not all these 800 emails carry sensitive information, but employees and even employers often tend to use emails as a mode of transfer of business or sensitive data. Here is what might happen because of a misdirected email.

It is Downright Embarrassing!

A misdirected email that does not contain sensitive data is a simple representation of inefficient and incapable management of communication on the part of the organization. Such inefficiency often leads to the notion that the administration is irresponsible and might even reduce the reliability of the business. However, if it occurs, a sender can apologize to the recipient of the misdirected email and resend it to the original recipient as soon as possible.

Emails used as a medium for transferring sensitive data (for instance, personal information of customers or a project IP that is a top-secret of the organization), if misdirected, may lead to severe consequences, including legal ones. Rules, including the California Consumer Privacy Act, the GDPR in Europe, etc., have shown their stern side as far as protecting sensitive data is concerned. Hence, all employees must be made aware of the consequences of misdirected emails.

As mentioned earlier, any misdirected email will showcase the utter inefficiency on the part of the organization apart from the carelessness that can cause such an error. If the misdirected email contains sensitive or critical information, the situation is likely to take a serious turn, which will eventually affect the organization’s image and significantly hamper its reputation.

It May Lead to Legal Issues

As mentioned earlier, the GDPR implemented in Europe, and the Consumer Privacy Act of California, also referred to as the AB-375, are a few of the stringent policies adopted by various nations to prevent data breaches and thereby protect its citizens. If a misdirected email leads to a legal battle between the customer and the business organization, it might lead to heavy fines on the part of the latter as privacy laws and regulations are getting stringent worldwide.

Here are some ways organizations can use to bring down their misdirected email rates to zilch.

Delete Suggested Entries That Are Not Required

All email service providers tend to have a customized address book containing all email IDs that the user frequently contacts. However, it can easily lead to an error, causing the email to land in the wrong inbox. If one deletes the unwanted addresses from the address book, it will decrease the rate of email misdirection errors.

Try To Do Away With The Autocomplete Option

Although the autocomplete function can sometimes be a lifesaver, it can cause serious harm while typing recipient email IDs. One may choose to temporarily or permanently disable the autocomplete option. It will help pay attention to the IDs entered manually.

A lot can happen when all employees are sensitized and made aware of an issue. An organization can teach them the consequences that misdirected emails can bring about and how they can avoid them. It can help prevent such errors significantly.

Although this method is a relatively new introduction to the market, email checking software can help check email IDs before sending them to the recipients. These email checking software solutions have gained as much importance in the digital market as anti-phishing services. They make use of Artificial Intelligence to screen the email list and identify potential errors.

Make Use of The Delay Option While Sending

This strategy is uncommon but still used to prevent misdirected emails, which uses a specific time gap between the pressing of the “send” button and the email forwarding by the service provider. It is stored in the outbox meanwhile, where the sender can check the details all over again.

Misdirected emails can pose significant risks to an organization’s information assets. Organizations can implement the methods and solutions mentioned above to decrease the number of misdirected emails sent by the employee(s). Yet, it is only a bit of sensitization and creating awareness among the employees and careful checking and rechecking of the data that can keep the organization and its reputation right on its uphill track.