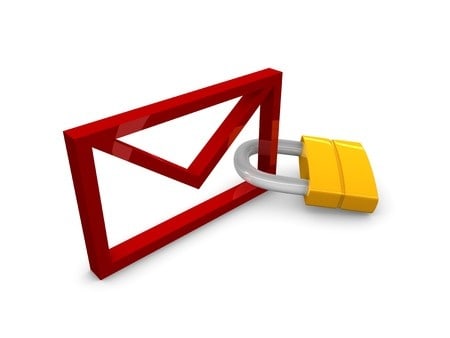 Here at DuoCircle, we pride ourselves on staying a step ahead of the competition to make sure that your Inbox is always safe, secure and private. One of the most important ways we can help keep you safe is by keeping you informed about the industry, specifically when it comes to email privacy and security. Given how much coverage these topics are currently being given, we thought it was the perfect time to help make sure you understand what the fuss is about, how our industry’s leaders are reacting, and what we’re doing here at DuoCircle to secure your sensitive information.

The Growing Problem of Email Security

Over the last month or so, there’s been major debate among consumers over the importance of privacy, encryption and security. Apple is in the news for their refusal to unlock an iPhone belonging to one of the San Bernardino shooters for the U.S. government. According to the Pew Research Center, Americans are quite split on whether or not the Apple should comply.

Another story making the rounds is whether or not presidential candidate Hillary Clinton should release emails she stored on a private server while serving as Secretary of State. Her team’s refusal to release those emails has spawned debate about what information should be deemed classified and what lengths people should go in order to make sure important information is safe.

The key take away from both these cases is exactly how important data privacy is. You need to protect your own information just as ferociously. Most importantly, you must make sure the vendors that handle your data do, too.

How Industry Leaders Are Reacting

In regards to the Apple case, industry leaders are swarming to aid Apple in the fight for privacy. According to NBC News, a joint brief was filed by companies such as Reddit, Twitter and eBay. Tech giants like Microsoft, Facebook, and Google took it a step further by filing a ‘friend of the court’ brief, offering Apple additional support.

These companies are also doing everything that they can do help consumers on a more tangible basis. Google, for example, has updated Gmail’s web client to automatically notify users when a non-TLS encrypted message is received. TLS encryption is a process similar to SSL where both server and client are able to speak to each other, ensuring that data is secure before it’s ever exchanged. (By default we accept mail and deliver mail with TLS enabled)

This is especially useful since most major email providers offer TLS encryption on their services. Certain private or default email servers, on the other hand, don’t have this feature enabled. As an end-user, you’re instantly notified that the channel you’re communicating on isn’t safe. It’ll also be much easier to figure out when you’re being sent messages from spam bots, as they often employ an unsecured email service to get around certain protocol.

What We’re Doing Here at DuoCircle

We know exactly what’s at stake with your sensitive information. We value each client’s privacy and message security above everything else. That’s why we not only support TLS encryption, we default to it in our email gateway, email forwarding and backup MX service. We also support both DKIM on outbound SMTP and DANE to further ensure your message security. DKIM allows a specific domain to utilize a signature with each message, thus proving its authenticity. DANE assists TLS encryption by helping with scalability and addressing certain vulnerabilities.

As a leader in the email security industry, we want to do everything we can to protect you from spam and dangerous emails. If you have any questions, or are interested in any additional information, make sure to contact us today!